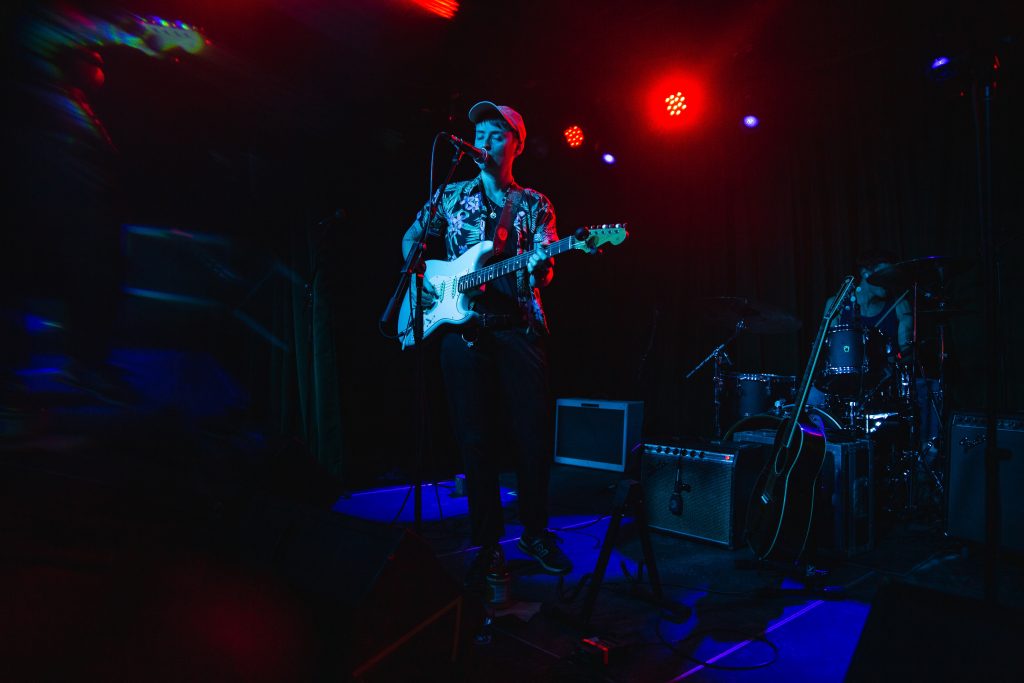 If you’re thinking about joining your first band, congratulations! However, there are a few things you’ll need to know first. Having played in dozens of bands over the years (and having made every possible mistake in the book), here are my top ten things to know before joining a band:

1. Don’t Wait For Opportunities To Come To You

The number one reason that talented bands don’t succeed is because they expect opportunities to magically fall into their laps. As a result, they spend several years doing nothing but playing small hometown shows, wondering why they haven’t suddenly blown up.

If you want to make a success of being in a band, it’s on you to create your own opportunities. Want to tour? Book your own venues, find your own support acts and crash on someone’s floor each night. Want to grow a big social media following? Start creating engaging and personable content on a daily basis.

If you’ve ever wondered why there are so many talented bands who never seem to break through, it’s because they’re lazy. Similarly, if you’ve ever seen a famous band that you don’t believe is particularly talented, they probably got to where they are through hard work and determination.

2. It’ll Take Longer Than You Expect To See Success

One of the biggest myths about success in the music industry is that it happens quickly. Whilst you might see a band’s lucky break where they experience a rapid period of growth, what you don’t see is the years of work it took to get to that point.

You’re going to play gigs in front of two people. You’re going to release music that completely flops. You’re going to get told ‘no‘ more times than you can count. However, that’s a good thing! Instead of viewing failure as a step backwards, start seeing it as a step forwards. By failing, you’ve learned something that’ll bring you that little bit closer to eventually succeeding.

In addition, understand that you might find yourself in a series of different bands over the course of several years before something takes off. However, if you stick with it and continuously strive to improve, you’re going to see progress.

Playing in a band and creating music requires emotional investment. This means that you’re almost-guaranteed to exhibit a strong emotional response towards your bandmates whenever something happens.

If a big opportunity comes your way, you’ll be really proud and appreciative of your fellow bandmates. However, when something bad happens, it’s all-too-easy to put the blame on other bandmates and let yourself get unnecessarily frustrated with the project.

4. Play The Song, Not The Instrument

Part of musicianship is prioritising the interests of the band as a whole over your own personal interests. If you’re used to rehearsing alone, it’s you’re probably directing all of your focus to the instrument itself. Therefore, you might be filling your parts with all kinds of extra licks and fills.

Whilst this might work fine when practicing your instrument, an overly-busy part will take away from the rest of the arrangement when playing with a band. Make sure you keep the song as the main priority and tailor your playing to the needs of the arrangement, rather than your need to show off. This doesn’t mean you shouldn’t express yourself through your part, but it does mean you might have to compromise in the interests of the band.

5. You’ll Find Yourself Playing To An Empty Room At Least Once

You will play a show (or several shows) where the only people watching you are the bar staff. Whilst it’s certainly a disheartening experience, accepting that it’s going to happen at some point will help to soften the eventual blow.

Having played in countless empty rooms myself, I can tell you that it isn’t a big deal. The best way of looking at it is to see it as a dress rehearsal; it’s a great opportunity to try out new sounds, new material or a new stage setup in a realistic environment to see how it sounds.

6. The Music Isn’t The Only Thing That Matters

Admittedly, the entire point of being in a band is to play music. However, the music itself is simply one piece of a much larger puzzle. Without focussing on everything else outside of the actual music, you’re really going to struggle to make consistent progress.

The concept of music ‘not being the only thing that matters’ is twofold:

A band is essentially a business, and should be treated as such. Outside of actually playing your instrument, there are various non-musical tasks you’ll find yourself participating in. These may include:

Whilst you might not want to do these tasks, they need to be done in order for things to run smoothly. I’d strongly-recommend delegating roles amongst members. If you delegate distinct tasks to different members, things are much-more-likely to get done. Similarly, it allows everyone to play to their strengths; for example, if your bass player is an accountant, they can keep track of the band’s finances.

If you’re looking to build a fanbase for your band, you’ll need a strong sense of identity. Indie Panda breaks identity down into two categories:

What many bands don’t realize is that fans relate to visual identity just as much as sonic identity. This means that your age, image, personality and opinions are all part of your wider brand. If you neglect these things, you’re seriously restricting your chances of building a dedicated fanbase.

Think about your own motivation for wearing a band t-shirt. You aren’t just publicly displaying your interest in that band’s music, you’re communicating a set of cultural values, personable traits and lifestyle choices that the band effectively represent. Whilst the music itself acts as the cornerstone of the project, it’s still just one piece of a much larger puzzle.

7. You’ll Have To Be Willing To Compromise

It’s vital to be consistent with all aspects of your band. A consistent approach achieves two things:

Here are a couple of pointers on being consistent with your band:

9. Being Personable Goes A Long Way

Being in a band is an immensely social pursuit. Not only will you be performing at social events (gigs), but you’ll also have to network with other industry operators (bands, promoters etc). Additionally, fans connect to charismatic, personable individuals.

Having a warm, friendly and ‘can-do’ attitude goes a long way in the music industry. By being personable and friendly, you significantly increase your chances of building both a secure fanbase and a solid industry network.

Whilst I endorse a professional and goal-focused approach to being in a band, it’s supposed to be fun! If you ever find it feeling like a chore, it means something needs to be changed.