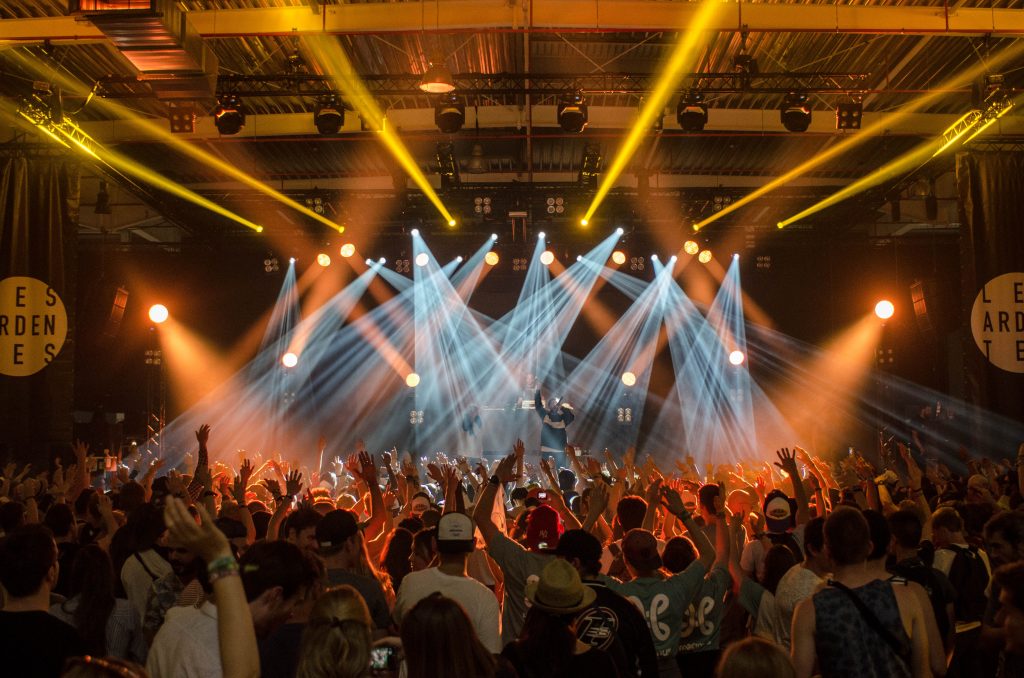 If you’ve recently joined a band, or simply have a passion for music-making, you might be wondering what makes a band ‘great’. With so many bands fighting for the attention of both audience & industry, there are undoubtedly certain qualities that can set the ‘great’ bands apart from the rest of the crowd.

So, what makes a band great? The following qualities are distinct signs of a great band:

Keep reading for an in-depth analysis of the above qualities, as well as practical advice on how your own band can develop each one.

A truly great band will have fully-developed both of these categories.

Sonic identity is the identity portrayed through your music. If you’ve ever heard a song for the first time and instantly known which band wrote it, that’s because the band-in-question has achieved a fully-formed sonic identity.

How you can develop a fully-formed sonic identity: Try to avoid drastically hopping from genre to genre across a single release. Whilst there’s nothing wrong with experimenting or attempting to find your feet, a release with no coherent genre comes off as disorganized and unfocused. Also, try to hone-in on what your signature traits are. A great way to do this is to ask your friends and family what aspects of your sound make you recognisable. Once you’ve discovered what your signature traits are, think how you might be able to showcase them on your future releases.

Visual identity is the identity portrayed through the cultural and personable aspects of your project. A fully-formed visual identity usually comprises of the following:

If there’s one piece of identity-related advice I could give you, it would be this:

Fans relate to visual identity just as much as they relate to sonic identity.

Fans want to support bands who possess a set of cultural and personable traits that they either share or look up to. Whilst someone might like your music, you’ll find it difficult to truly win them over without a strong visual identity in place.

How your band can develop a fully-formed visual identity: Don’t be afraid to express your personality, opinions, interests and lifestyle choices within your marketing efforts. If you adopt the view that ‘it’s all about the music’, you run the risk of coming off as bland and robotic. Make sure you’re marketing yourself just as much as you’re marketing your music.

One of the biggest reasons most bands fail to set themselves apart from the crowd is because they’re obsessed with copying other bands. Most non-authentic bands tend to copy:

This type of non-authentic approach turns people off for two reasons:

Understandably, this is an easy trap to fall into. It can be difficult for bands to embrace who they truly are when they could instead attempt to reverse-engineer a successful band’s success. In addition, bands can become so bogged down in the technical aspects of marketing themselves that their promotional efforts appear forced.

How your band can develop an authentic approach: Authenticity isn’t necessarily something that can be developed, but more something that should be embraced. Firstly, avoid comparing yourselves to what other more-successful bands are doing; this will only tempt you to try and imitate them. Also, whilst there’s nothing wrong with being influenced by another band, you shouldn’t try to appeal to their fan base by blatantly copying them. Instead, try to independently brainstorm how you’d best-attempt to portray and market your band based on your own principles and personalities. Furthermore, make sure that your sonic and visual identities are truly representative of who you are.

3. A Strong Sense Of Chemistry

Chemistry refers to the mutual understanding and interaction between the band members. A band  with a strong sense of chemistry tends to excel in the following three areas:

How your band can develop a strong sense of chemistry: Chemistry is something that usually develops naturally over time. However, it will develop at a much quicker pace if your bandmates are actually friends with one another. If you’ve not yet formed a band, try to recruit people who aren’t just a good fit musically, but also a good fit personally. If you’ve already formed, try and make time to hang out with your bandmates on a regular basis. In my experience, a strong interpersonal bond has almost-always resulted in stronger musical chemistry. Also, make sure you’re rehearsing as often as possible. The more you play together, the easier it’ll be to bounce off of one another.

By nature, musicians can be both self-centered and entitled creatures. It’s easy to think that because you’ve worked so hard on writing and producing your music, you’re automatically entitled to floods of engagement from a ready-made audience. However, entitled bands almost-always fall short on the promotional side of things because they openly-display their entitlement. They’ll often resort to begging other people to listen to their music and try to sell potential fans on how hard they’ve worked and how much it would mean to them.

You are owed absolutely nothing for working hard on your music. You are only owed something if you actively and consistently provide value to other people through a diverse range of interesting content.

Instead of expecting people to provide them with value upfront, they’ll look for ways that they can provide others with value upfront. This might be through engaging social media content, covers of well-known songs, free performances or heavily-discounted merch. When a band goes above and beyond for their fans, they effectively set themselves apart from the scrapheap of entitled bands.

A side benefit of adopting a selfless attitude is that it forces you to take initiative. Instead of sitting around and waiting for opportunities to come to you, you’ll be much-more-likely to put the necessary work in to create opportunities for yourselves.

How your band can develop a selfless attitude: Always put the interests of your audience before your personal interests. Also, understand that working hard on the music itself is simply a basic requirement and not an right to an engaged fan base. In-between releases, try and think of other ways you can provide your audience with value on a daily basis (free shows, engaging social media content etc).

5. A Sense Of Resilience

When attempting to make headway in the industry, bands will almost-always be told ‘no’ far more often than they will be told ‘yes’. Whilst this might be easy enough to accept, it can be incredibly difficult for a band to keep pouring their heart and soul into their craft when faced with rejection after rejection.

Truly great bands don’t view rejection or failure as an excuse to get discouraged, but an opportunity to learn and improve. Instead of doubting themselves, a great band will instead become even more motivated to succeed. As a result, they’ll continuously improve and stick it out long enough to see real success. In contrast, a not-so-great band will have given up after their first few rejections.

How your band can develop a sense of resilience: First and foremost, don’t take rejection personally. In most cases, it simply means you weren’t the right fit for that particular opportunity at that particular time. Additionally, make sure you view rejection and/or failure as an opportunity to grow and improve rather than a reason to doubt yourself. Learn what went wrong, why it went wrong and how you can adapt your approach for next time.