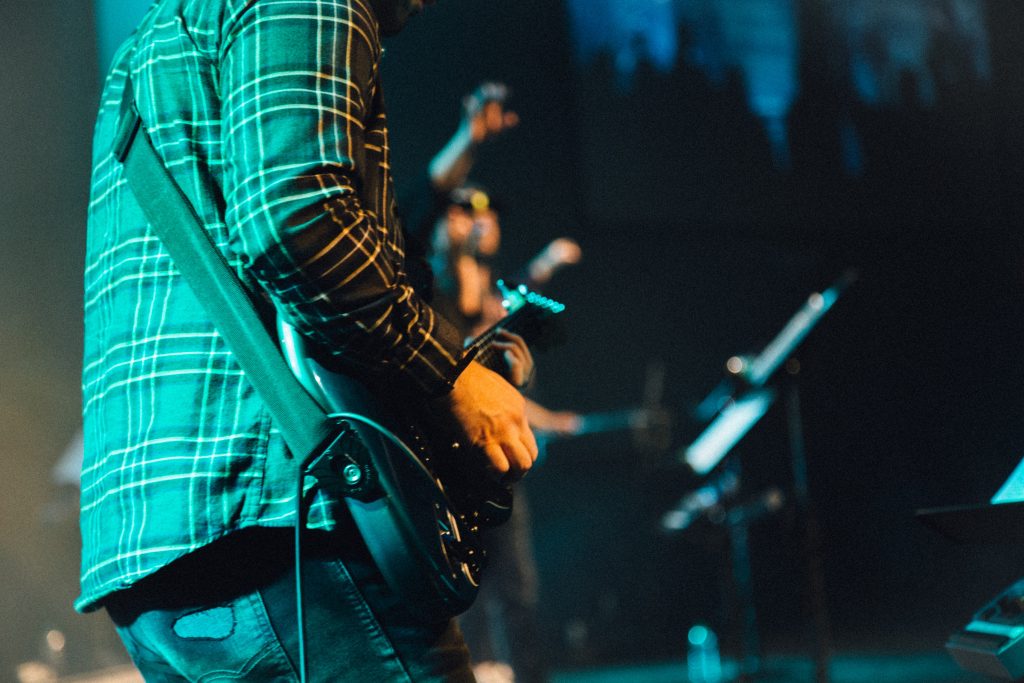 As a non-musician, you might be wondering why some bands have two guitarists. Similarly, you might be curious if there’s any drawbacks to having more than one guitarist in a band.

Keep reading for an in-depth guide on the benefits of having two guitarists in a band, as well as a comprehensive list of drawbacks.

To Achieve A ‘Thicker’ Sound

When two guitarists play the same part, their timing and tuning will be ever-so-slightly different from one another. This creates a ‘chorusing’ effect, which thickens up the signal and adds a great sense of richness to the guitar sound. This effect (commonly known as double tracking) is widely-used in recorded music, with musicians recording the exact same part multiple times.

In order to add an extra layer of depth to their sound, guitarists will also employ one (or both) of the following techniques:

Whilst both guitarists may be playing the same chords, it’s common for each guitarist to play a different voicing. This adds a sense of richness, without ‘muddying’ the sound. Here are a couple of common voicing combinations that guitarists will employ:

Tone refers to the sound of the guitar. On an electric guitar, tone is usually controlled by the amplifier.

Here are a few common guitar tones that bands use:

When two guitarists employ different tones from one another, it both broadens and thickens the guitar sound. Here’s a couple of common tone combinations guitarists will employ:

A major drawback of only having one guitarist in a band is that there’s a substantial drop in momentum when they switch from rhythm to lead. As guitar chords provide a lot of midrange to the arrangement, they effectively glue a band together and add a sense of power. When they suddenly disappear, it can make the arrangement feel a little lackluster. This is a problem for genres such as rock and metal, which prominently feature lead guitar work whilst also requiring substantial momentum.

In case you were wondering how a band with only one guitarist prevents the momentum from dropping, here are a few go-to tricks:

Whilst the above tricks will work to a reasonable standard, none of them are as effective as simply recruiting an additional guitarist.

In order to add both variety and depth to a song, bands will write several distinct guitar parts to be played simultaneously. Whilst a single guitarist can ‘overdub’ different parts in the studio, they’ll be unable to replicate them in a live setting. The easiest way to solve this is to simply employ a second guitarist to perform the layered sections.

Here are some common part divisions that a two-guitar band will use:

To Create A Versatile Sound

Every guitarist has a distinct style of playing. Similarly, they may have a set of go-to styles and techniques they’re particularly known for.

In order to increase the versatility of their sound, many bands will employ guitarists of contrasting styles. This way, each guitarist can play (no pun intended) to their strengths, making up for what the other may lack.

Here are a few examples of well-known bands with contrasting guitar styles:

Drawbacks Of Having Two Guitarists In A Band

Whilst the addition of a second guitarist can offer numerous benefits, there are also several drawbacks for a band to consider. Here are a few common ones: