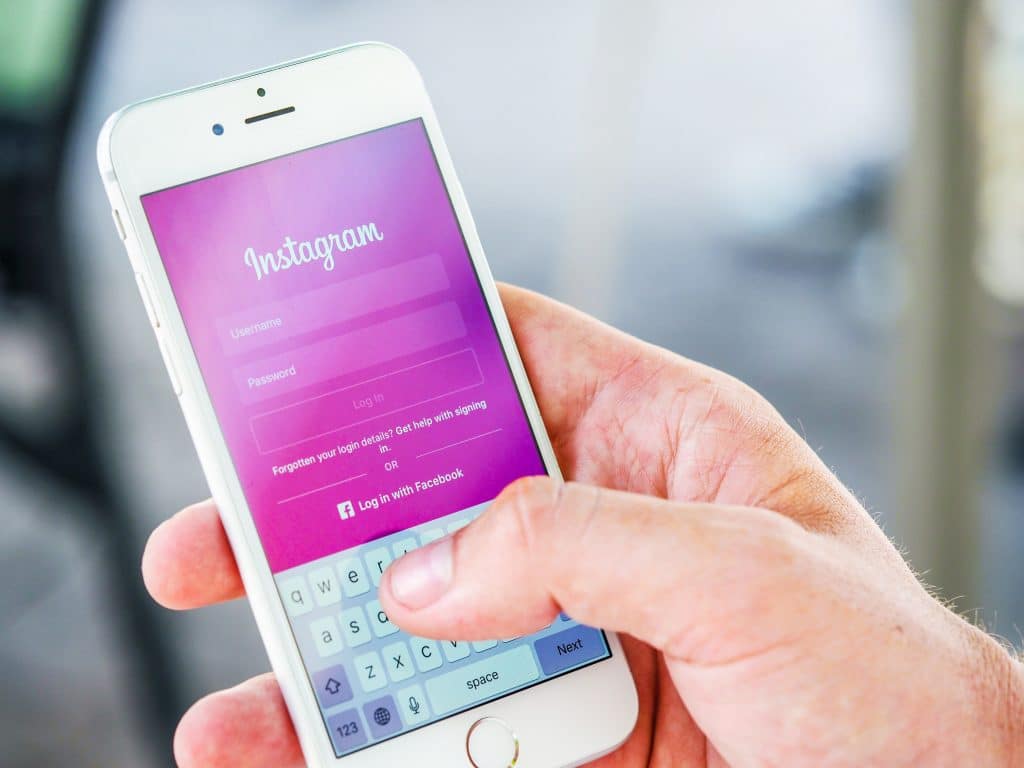 Before diving into the ideas, we need to first-establish Indie Panda’s philosophy regarding social media content for musicians:

In line with the above values, each of the following content ideas adhere to two criteria:

‘Like this and I’ll…’ is where you promise to provide some form of value to your audience in exchange for engagement. As established in the introduction, the best way to engage an audience and promote your music is to provide value upfront through your social media content. ‘Like this and I’ll…’ is hands-down the best way I’ve found to stand out from the crowd and encourage huge engagement.

Here are a few starter ideas for ‘like this and I’ll…’ type-content:

Recommended platform: Twitter is a great fit for this type of content due to the fact that’s it’s so shareable. Instead of encouraging users to ‘like’ the original post, you could even ask them to ‘retweet’ it for maximum exposure.

A video diary is a fantastic way of showcasing your personality and taking your audience behind the scenes of your project. Also, with video being one of the most engaging forms of online content, it’s a great way to capture and subsequently retain your audience’s attention. I’d recommend producing three different types of video diaries:

It’s worth enforcing that you don’t have to invest in expensive equipment to produce video diaries; any modern smartphone will do just fine. What I would recommend buying is a cheap selfie stick such as this one I found on Amazon. They steady the camera and allow for much smoother movement, which adds a significant level of professionalism to the footage. When it comes to editing, the stock editing software on your Mac or PC will do just fine.

Recommended platform: YouTube is perfect for this type of content. Remember that YouTube takes the overall watch-time into account as a ranking factor; therefore, I’d recommend making each video diary between seven and ten minutes long. This ensures your video is concise, whilst maximizing your potential watch-time. If possible, I’d recommend producing one video diary every 2 weeks.

Spotify is by far the most popular streaming platform, with over 100 million premium subscribers worldwide. Whilst many upcoming bands and artists are quick to disregard Spotify, it’s actually a crucial component of attracting and engaging an audience.

Playlists serve as the heart and soul of the Spotify community, being the go-to method of consumption for many users. In addition, Spotify relies on user-generated playlists to collect data for its algorithmic playlists (‘Discover Weekly’ and ‘Release Radar’), which introduce your music to new users on a weekly basis. Therefore, it’s in your best interests to create playlists as frequently as possible to engage your current audience (via social media) and attract new fans (via algorithmic data).

BONUS TIP: You can seriously increase the number of streams on your Spotify playlists by creating attractive-looking cover art. I’d recommend modelling your artwork off of Spotify’s editorial playlist art, like we’ve done here: 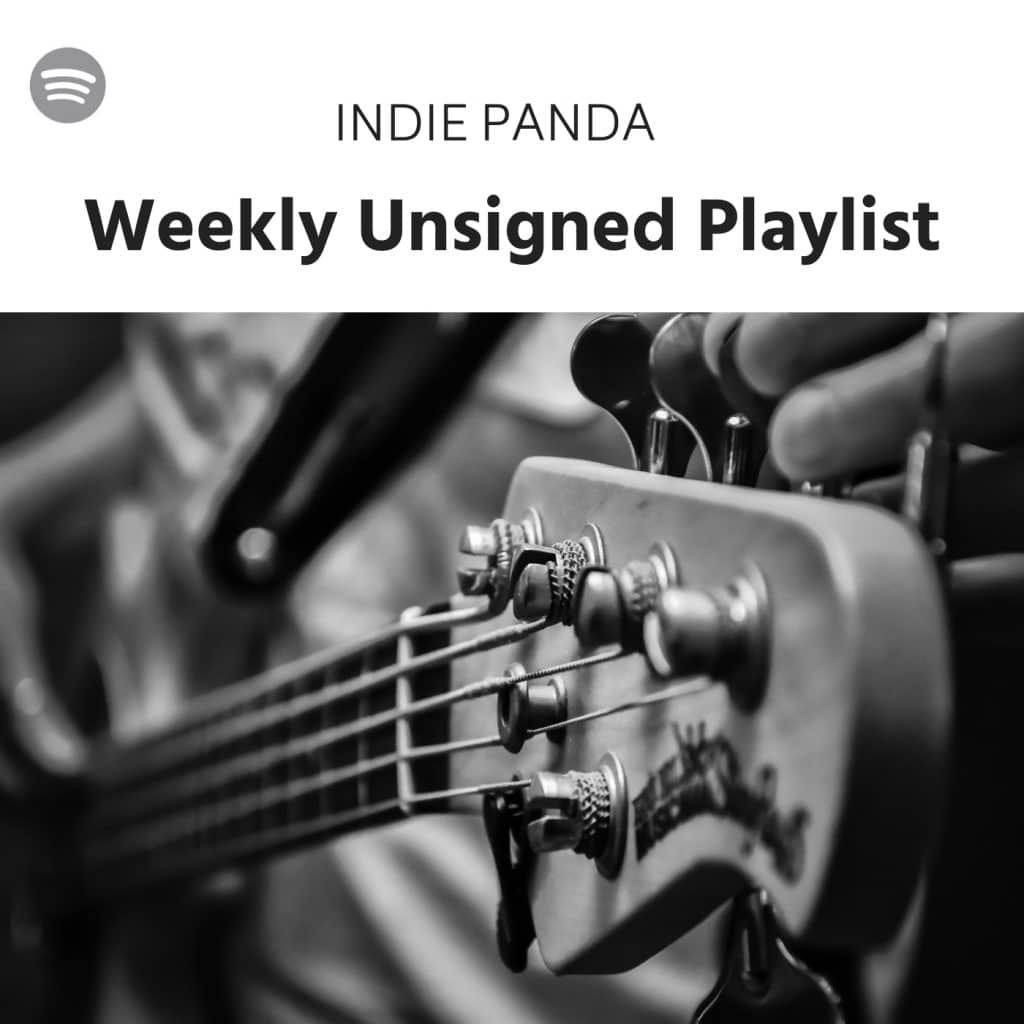 Recommended platform: Whilst you’ll obviously be creating your playlists within the Spotify platform, I’d recommend sharing them on Instagram Stories. Instagram Stories have Spotify as an integrated feature, allowing users to quickly access the playlist.

Even if you’re an all-original band, covers serve as an immensely powerful marketing tool. Covers have two distinct advantages:

Here’s a quick guide for choosing a suitable cover:

Love them or hate them, memes are one of the most popular and attention-grabbing forms of online content. As a musician, memes have two distinct advantages over more-traditional forms of content:

When creating memes for your project, it’s imperative that it represents your visual identity (the identity derived from the cultural and personable aspects of your project). Something that many independent musicians don’t realize is that fans connect to a musician’s visual identity just as much as their music. Therefore, it’s important to make sure it’s well-represented within your content. For example, if you’re a skate punk band, consider making memes about skateboarding and flying in the face of authority. In order to maximize the meme’s chances of going viral, make sure it doesn’t contain anything that could cause offence or be misconstrued.

Here’s a fantastic example from chart-topping artist Lewis Capaldi, who has grown a huge social media following from this type of content: 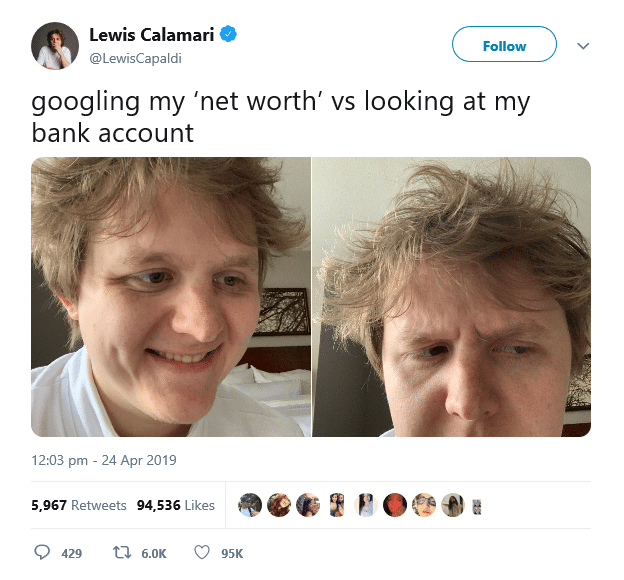 A common concern amongst independent musicians is that they don’t want to be perceived as a ‘gimmick’ on social media. However, I firmly believe this type of content is far better at attracting and retaining an audience than relentlessly plugging your single with every post. Lewis Capaldi serves as perfect proof, having previously spent almost two months at the top of the UK charts (largely off the back of his social media content).

A fantastic way of getting engagement with your memes is to get your audience to make them for you. Try posting a funny picture (preferably of you or one of your band members) and asking your audience to caption it. When doing this, make sure you reply to each comment and use it to start a conversation with each person.

Recommended platform: Twitter is great for memes due to the fact people will likely ‘retweet’ something they find relatable or humorous. Similarly, Instagram Stories are fantastic for ‘caption this’ type-content, provided you attach a ‘questions’ sticker to the original post.

Contests are a phenomenal way of getting masses of engagement with little upfront effort or cost. As a musician, there are two primary contests you can run:

Here are a few ideas for a ‘choose something’ competition:

In many cases, a ‘choose something’ contest will be decided by majority vote. Once the contest has ended, I’d recommend messaging everybody who took part and thanking them for their participation.

Here are a few ideas you might base a giveaway around:

Here are a few recommended prizes for a giveaway:

In order to ensure the giveaway markets your project to new people, always make it a requirement to share the original giveaway post in order to be entered. Once the giveaway has ended, you can simply allocate a number to each person and pick a winner by using a random number generator. If you’re using the giveaway to grow your presence on Spotify or other social media platforms, there’s a risk that those who don’t win will either unfollow you or remove your songs from their catalogue after the giveaway. There are three ways you can prevent this from happening:

This is where you document the entire process of writing and recording a song, from initial idea to finished recording. It’s one of my all-time favorite pieces of social media for the following three reasons:

Here are a few different ideas for ‘journey of a song’ content:

Recommended platform: Instagram works well for this sort of content due to its strong focus on video. You could even start a unique hashtag in order to categorize the content and encourage audience interaction.

As a general guide, 30% of your social media content should be shared content. When sharing relevant content, it’s important that you don’t expect anything return. Whilst the aim is to form and nurture connections with other industry operators (and their audiences), you should also have the intention of helping others out in order to strengthen the independent scene. If you come off as self-centered, people will see straight through you.

Recommended platform: Any platform can be used for shared content. However, it makes sense to promote shared content on the same platform you found it on.