If you’re both a vaper and a singer, you might be concerned about how vaping can affect your singing voice. Here’s everything you need to know about vaping as a singer:

In short, singers should consider vaping as a means of quitting smoking. However, various studies have shown that vaping has negative consequences on both the vocal cords and lungs. As a result, long-term vaping is not advised for singers.

If you’re currently a smoker, vaping can certainly be an effective method of quitting. However, it should be seen as a transition to complete cessation and not a risk-free alternative.

Is Vaping A Better Option Than Smoking?

As a singer, there’s no doubt that vaping is an overwhelmingly better option than smoking. This is for several key reasons:

Here are a few actionable tips for avoiding vocal cord irritation whilst vaping:

Vaping, much like smoking, suppresses important genes related to the immune system. Furthermore, studies have shown that certain e-liquid flavoring agents can:

As a result, singers who vape are putting themselves at risk of more frequent illness. Illness can significantly hinder your voice short-term. The biggest risk that illness presents to the voice is laryngitis, which commonly develops after a cold or the flu. Laryngitis refers to the swelling of the vocal cords due to irritation. Whilst it’ll generally go away by itself within a week or two, it’s unlikely you’ll be able to use your voice at all whilst suffering from the condition.

Here are a few actionable pointers on recovering your singing voice when sick: 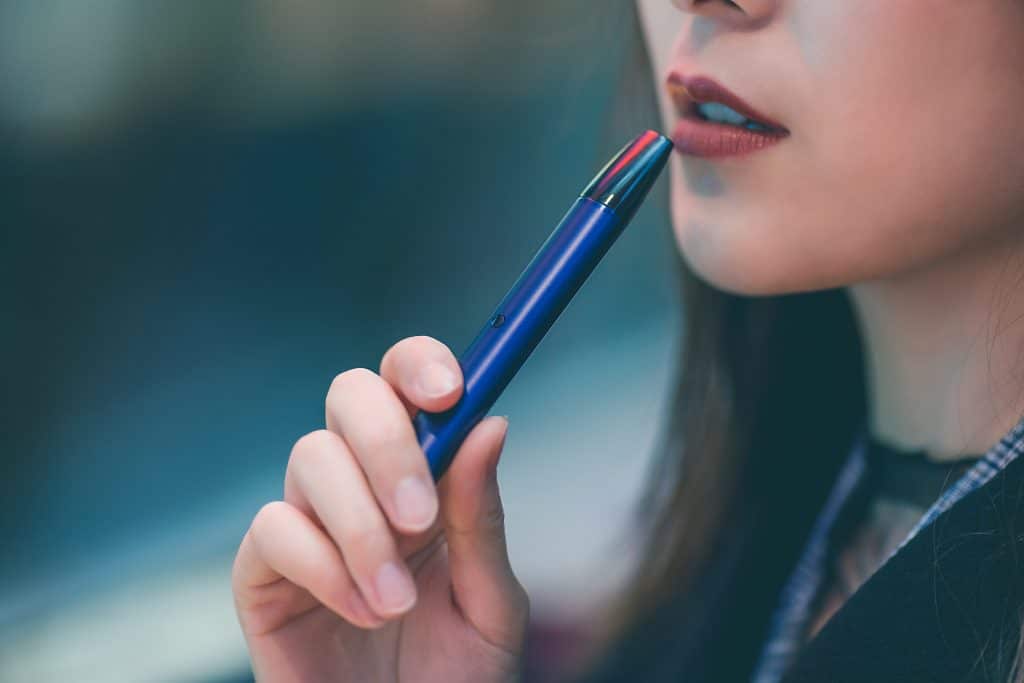 Much like vaping, drinking alcohol can severely dehydrate and irritate the vocal cords, leading to inflammation. As both alcohol and nicotine increase dopamine levels in the brain, you’re likely to vape more when drinking alcohol. Therefore, excessive alcohol consumption is also not recommended for singers.

If you’re not willing or able to stop vaping altogether, it’s worth investing in an appropriate setup. Here are my top recommendations: