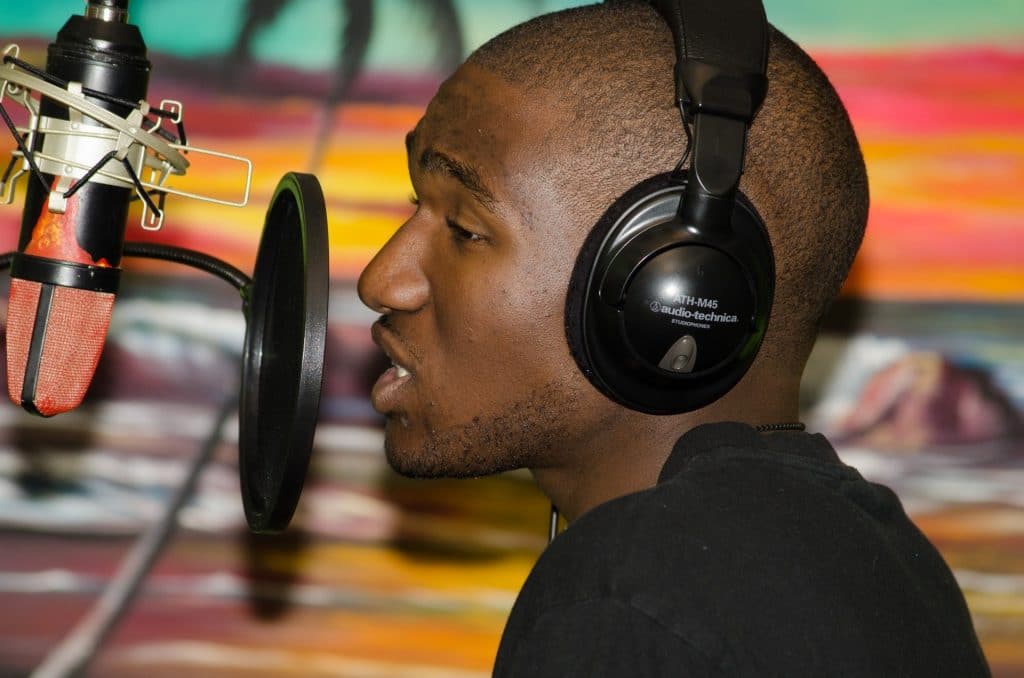 Keep reading for an in-depth guide on each of the above points:

Multitrack recording is where the instruments are recorded one-by-one. Once everything’s been recorded, the individual tracks are layered and mixed in order to produce a cohesive recording. It’s the go-to method for commercial studio recordings (i.e. the songs you hear on the radio). When producing a multitrack recording, musicians wear headphones in order to prevent ‘bleed’ and to communicate with the producer & engineer.

This is the most common reason that musicians wear headphones during the multitrack recording process.

As mentioned in the introduction, multitrack recording requires instruments to be recorded one-by-one. Once all of the parts have been recorded, they go through a process called ‘mixing’. This is where the tracks are balanced out , blended together and extra effects are added to add a sense of sheen to the recording. In order for the mixing process to be effective, each instrument needs to be recorded in complete isolation, with no background noise.

Bleed is where a microphone unintentionally picks up sound from another source. For example, if a singer and a drummer were recording in the same room, it’s likely that the drums would bleed into the singers microphone. This would make the vocal track very difficult to process in the mixing stage as the drums would be interfering with the vocal performance.

As a result, musicians listen to a backing track through a pair of headphones whilst recording their part. This allows them to play or sing along to the track without it bleeding into the microphone.

Communicating With The Producer & Engineer 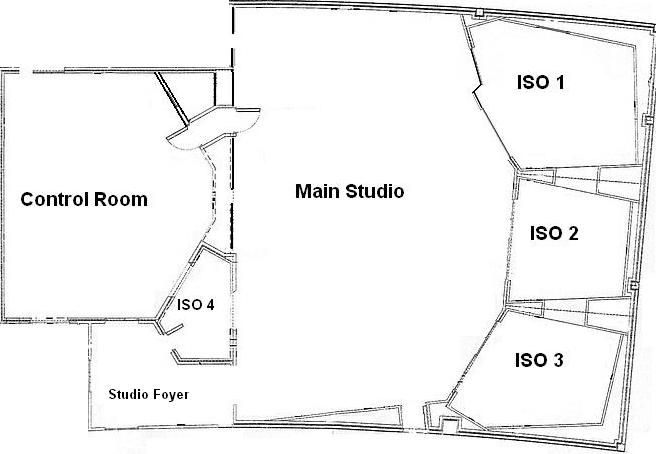 When recording a live performance or an ‘in-session’ type event (where all musicians are recording simultaneously in the same room), bleed is inevitable. However, it’s much less of an issue in a live setting than it would be with a commercial multitrack recording. Similarly, live recording sessions usually don’t require communication with a producer and/or engineer. Despite this, headphones are still required to allow the musicians to stay in time, set their own levels and make use of a mix with added ‘sparkle’.

When recording live, it can be all-too-easy to either start a song off at the wrong tempo or accidently speed up/slow down over the course of the song. Whilst this is desirable in certain settings (such as a live concert), it can run the risk of making the musicians look amateur or under-rehearsed in an ‘in-session’ type setting.

In order to circumvent this, musicians will often make use of a metronome (commonly referred to as a ‘click track’). This is a device that produces an audible ‘click’ sound at a pre-determined tempo, which the musicians play along to in order to keep time. To prevent the audience from having to listen to the metronome, the musicians will use headphones.

One common criticism of metronome use is that it can make a band sound ‘robotic’. To prevent this, some bands will have the drummer play along to a metronome, whilst the other musicians simply follow the drums. If you’ve ever seen a live performance where only the drummer was wearing headphones, this would have been why.

Setting Their Own Levels

Each musician tends to rely on a different element of the arrangement in order to keep time and effectively navigate a piece of music. For example, many bass players tend to lock in with the kick drum in order to maintain a tight groove. Similarly, a singer will often want to hear their own voice in order to ensure they’re pitching each note correctly.

The biggest advantage of using headphones in a live recording environment is that it allows each musician to set their own levels. Everyone can create their own custom mix, turning up the things they need to hear most-clearly and turning down things that may cause distraction. Similarly, some venues and budget studios have absolutely terrible room sound, making it difficult for the musicians to hear each other when recording. Under these circumstances, headphones can provide direct, well-balanced sound to the musicians, enabling them to perform at their best.

Just like with a multitrack recording, the mixing process (where extra sheen is added) usually doesn’t take place until after the recording has been produced. Without any additional processing, the arrangement may sound a little lifeless to the musicians, which can discourage them from giving their best performance.

To circumvent this, many engineers will produce a live mix with added ‘sparkle’. This is where the levels are balanced out and various effects are added, bringing a significant level of professionalism to the musician’s headphone mix. This can provide an artist with the confidence required to push themselves and execute the best-quality performance they possibly can.

So, there you have it! All of the most-common reasons why musicians wear headphones when recording. If you have any further questions, feel free to comment down below and I’ll answer them as soon as possible.