‘How do I make my band stand out from the crowd?’ is one of the biggest requests Indie Panda receives. In short, standing out from the crowd requires you to adopt a distinct approach to the logistical and promotional aspects of your band.

Here are eight essential attributes that’ll make your band stand out from the crowd:

Believe it or not, one of the main reasons many bands fail to stand out is because they’re too afraid to do so. The music you make is likely a part of your core identity, meaning rejection or a lack of interest can understandably be taken personally. For this reason, many bands prefer to play things safe by blending into a scrapheap of other bands and artists who are in exactly the same position. Unsurprisingly, this approach often yields incredibly limited results.

The first step to making your band stand out from the crowd is to take a resilient and innovative approach to the project. In other words, do things that other bands aren’t prepared to do or willing to try. When you do this, you’re almost guaranteed to fail more times than you’ll succeed and you’ll often be pushing your comfort zone. However, this should be seen as a necessary step to standing out and attracting an engaged fanbase. Don’t be afraid to take failures and shortcomings on the chin, seeing them as a chance to improve for next time.

Many bands make the mistake of wildly jumping from genre to genre over the course of an EP or album, which severely limits it’s memorability. Whilst it’s normal for your sonic identity to evolve over time, it’s well-worth sticking to a consistent genre for each release. In addition, your signature traits are what will continue to set you apart after you’ve reinvented your genre. It often takes time to achieve a fully-realized sonic identity, but it’s a vital component of making yourself stand out.

A fully-realized visual identity is one of the strongest assets an independent band can posess. However, it’s often hugely underestimated. Visual identity refers to the cultural and personable aspects of your project, including:

A major reason that many bands fail to stand out from the crowd is because they’re relying soley on the music itself. Whilst the music will certainly be the cornerstone of the project, it’s important to understand that fans connect to visual identity just as much as sonic identity. Fanbases are not simply a group of people who happen to like a certain band’s music, but a community of like-minded people with a distinct set of cultural values, interests and personality types that the band effectively represent. Here are a couple of pointers on crafting a fully-realized visual identity:

This attribute goes hand-in-hand with the previous one. Whilst many bands might find it a hard pill to swallow, I’d be doing you a disservice if I didn’t mention it.  The fact is that people are drawn to other people far more than they’re drawn to products. As a result, audience & industry are primarily interested in good-looking, charismatic and entertaining band members. Whilst is certainly isn’t the be-all and end-all of your musical career, you’ll be putting yourself at a significant advantage if you have it. Here are a couple of pointers on honing and leveraging star quality:

This is one of my favorite ways to make a serious impression on both audience & industry. Try and go above and beyond in everything you do and for everyone whom you meet through the band. By being significantly more helpful and engaging than any other band, you stand a much better chance of setting yourself apart from the crowd. Here are a couple of situations in which you could go above and beyond: 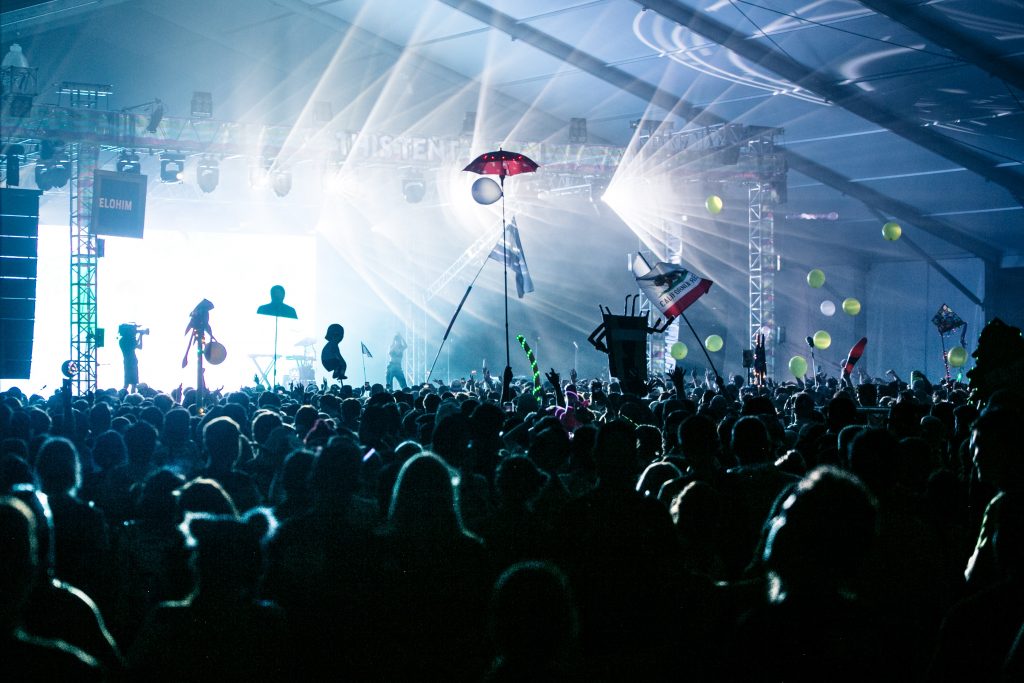 Far too many bands express both an ego and a sense of entitlement that repels audience & industry. If you’re looking to truly set yourself apart from the scrapheap, it’s key to take a totally selfless attitude towards your marketing. Here are a couple of pointers on using selflessness to stand out:

The music industry, like most other industries, has been completely transformed by the rise of social media. Having a strong and unique web presence is absolutely necessary if you’re looking to set yourself apart from the crowd. Here are a few pointers on cultivating a strong web presence: