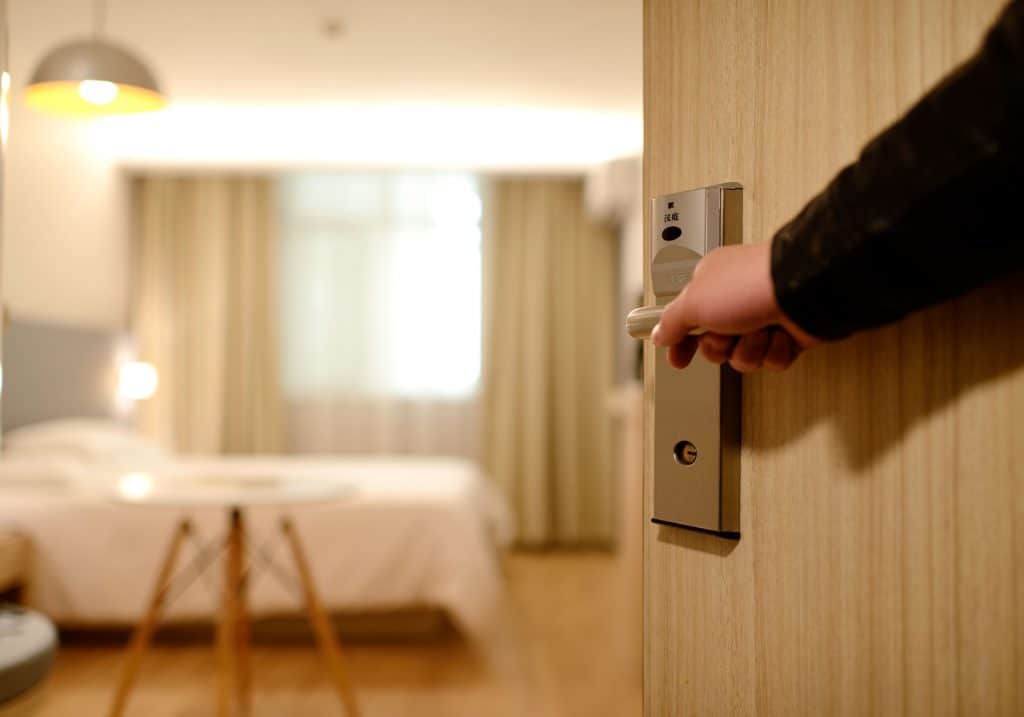 As a non-musician, you might be wondering where bands stay whilst they’re on tour. Whilst it’s tempting conjure up images of five star hotels and private jets, you’d be right in thinking this is a far cry from the reality of touring life.

Keep reading for an in-depth account of where bands stay on tour.

This is one of the most-common options for bands on low-budget DIY tours. The house a band stays in will usually be owned/occupied by one of the following people:

Average price: Staying at someone’s house is usually free of charge (with the exception of a round of drinks for the host).

Ideal for: Bands touring the DIY circuit on a tight budget

This is another great (albeit less-popular) option for bands on the DIY circuit. Some venues will feature basic living quarters, often in the form of a small apartment above or below the venue. These types of venues are particularly abundant in Europe, where there’s a strong DIY touring scene.

Average price: Staying a venue is usually free of charge.

Ideal for: Bands touring the DIY circuit on a tight budget

Bands with a little more budget or a larger crew will often stay at either a hotel or a hostel. Most bands who stay at hotels will travel from venue to venue in a van during the day, making hotels/hostels a suitable option for bands who don’t have a busy daytime schedule (press, video shoots etc.)

Ideal for: Established bands with a stable income.

On A Tour Bus

Once a band is touring full-time, they’ll almost-always stay on a tour bus for nationwide tours. Tour busses allow a band to sleep on-board and travel overnight, allowing them to participate in press and other related activities during the daytime. It’s also more effective than booking a  handful of separate hotel rooms each night.

Ideal for: Established bands with a stable income.

On A Cruise Ship

Cruise ships are becoming an increasingly-popular travel/accommodation option as it offers a band the chance to work as on-board performers. This can be a great way for a band to earn some extra cash whilst travelling for an overseas tour. Similarly, more-successful musicians who are afraid of flying (such as Travis Barker) will use a cruise ship to tour overseas.

Ideal for: Established bands with a fear of flying, or small-time bands looking to earn extra income.