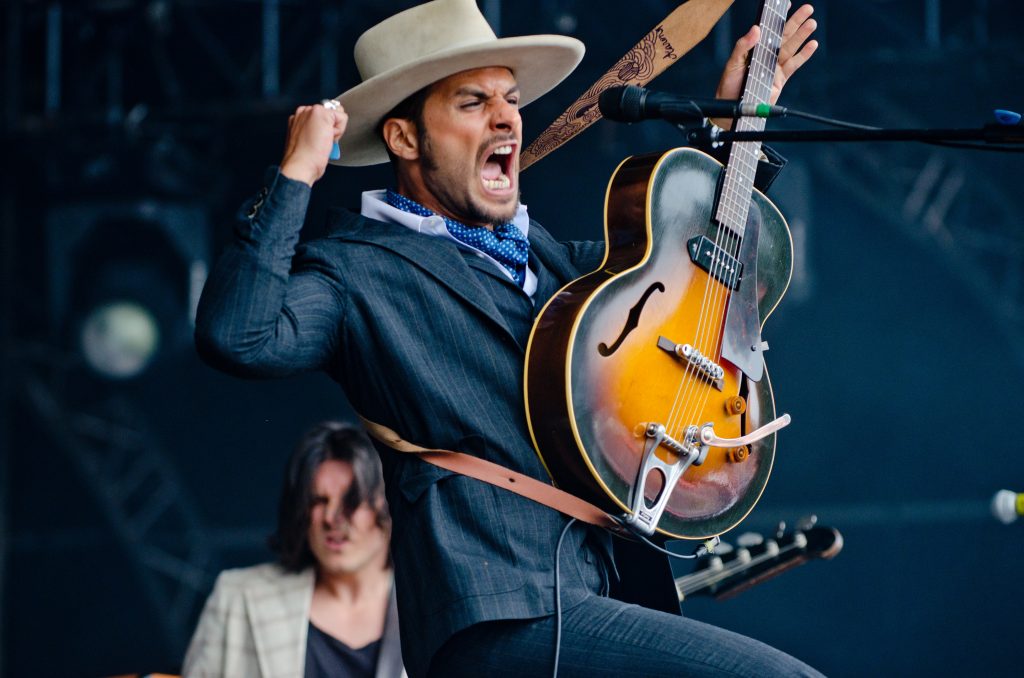 As a non-musician, you might be wondering why musicians make faces when they play. Similarly, you might be unsure if the faces they make are voluntary or involuntary.

So, why do musicians make faces? The faces musicians make whilst performing are colloquially referred to as ‘guitar faces’. They’re a mostly-involuntary reaction to concentration, emotion, nerves, physical discomfort, mistakes, technical issues or the stage production. However, some musicians exaggerate their facial expressions in order to enhance their stage presence.

Keep reading for an in-depth account of the main causes of ‘guitar face’, as well as some funny examples!

A live show is an unpredictable and high pressure environment, requiring high levels of concentration at all times. Musicians must perform technically-demanding material in front of hundreds or even thousands of people, many of which will be recording the show on their cell phones. They’ll also have to react to sudden changes brought on by the band or the crowd (such as off-the-cuff moments of audience participation or a bad mistake by another band member). When a musician is allocating their full attention to the performance, they may exhibit the following facial expressions:

According to Science Direct, the above facial expressions involuntarily communicate that a person is concentrating and does not want to be disturbed. As you might’ve guessed, a musician is more likely to exhibit these facial expressions whilst performing technically-complex material (such as a solo).

Similarly, singers will make a wide range of interesting faces due to concentration. When attempting to place a note correctly or tap into the head voice, it’s almost-impossible not to make a face of some sort (try it in front of a mirror at home!)

A live performance is a rollercoaster of emotions for the musicians (much like it probably is for you as an audience member). There are lyrics that conjure up painful memories, solos that fill them with confidence and singalongs that leave them speechless.

When overcome with emotion from the music itself or the reaction of the crowd, musicians will usually exhibit the following facial expressions:

When using their instrument as a vehicle for self-expression, musicians will usually exhibit the following facial expressions:

Performing live music is a nerve-racking experience, regardless of how experienced a musician is. Whilst some musicians are able to successfully hide their nerves, others will visually express them via the following facial expressions:

Luckily, nerves will often subside soon after a musician starts performing, meaning that they likely won’t be the main culprit for ‘guitar face’ throughout a performance.

There are two primary causes for physical discomfort on-stage:

As previously mentioned, musicians are under intense pressure when performing in front of a crowd. Similarly, they most-likely would’ve put substantial effort into preparing for the performance, pouring over every tiny detail of the show in order to give the best representation of themselves possible. Therefore, it’s near-impossible for the musicians to keep a straight face if they make a bad mistake.

Similarly, musicians may be facing technical issues that aren’t explicitly clear to the audience. Most of the time, this will be a poor monitor mix, which makes it difficult for a musician to hear the rest of the band and stay in time. When attempting to push through technical issues, musicians may display an uncomfortable facial expression.

Most musicians will display the following facial expressions as a reaction to mistakes or technical issues:

Musicians are well-aware that audience members are paying to see a show, not to watch a group of bored-looking musicians aimlessly playing through their parts. Therefore, musicians will often over-exaggerate their facial expressions in order to enhance their stage presence. This may include:

Mayer’s ‘guitar faces’ have become an online phenomenon, serving as the basis for thousands of internet memes. 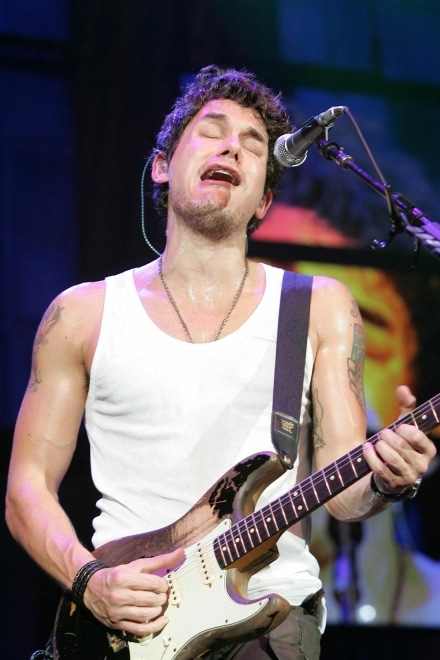 Hendrix famously imitated the sound of his guitar playing with his lips and tongue.

B.B. King was well-known for visibly expressing his emotions whilst playing. 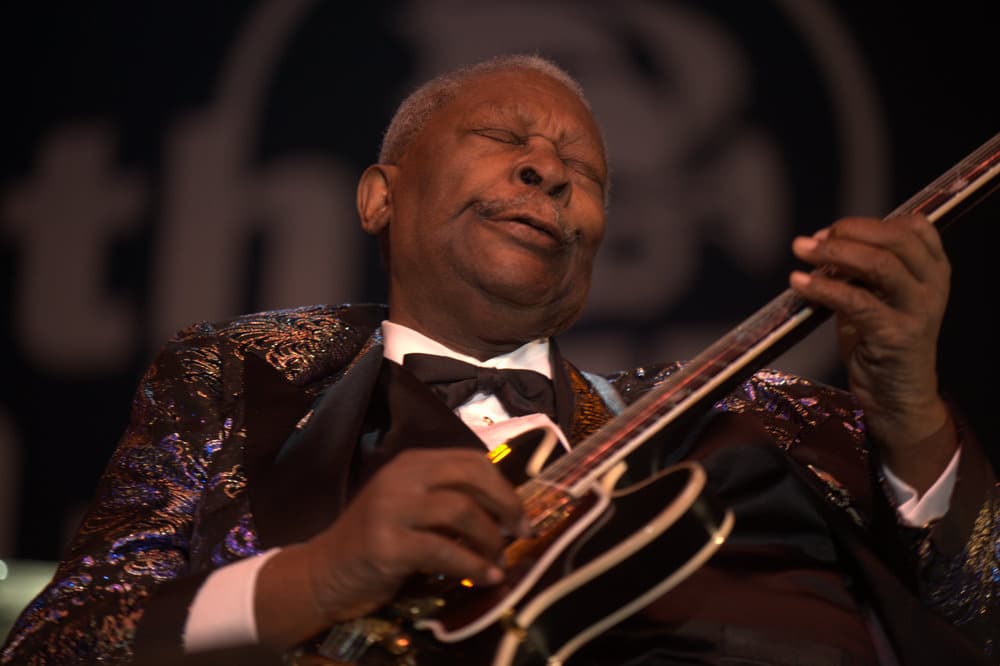 Prince was renowned for his flamboyant performances, which notably featured a range of different facial expressions. 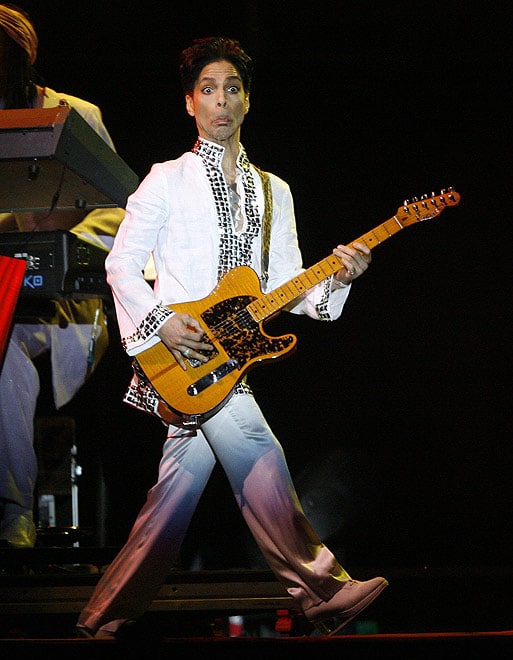 Young is well-known for his energetic and emotive stage presence, which features a phenomenal arsenal of ‘guitar faces’. 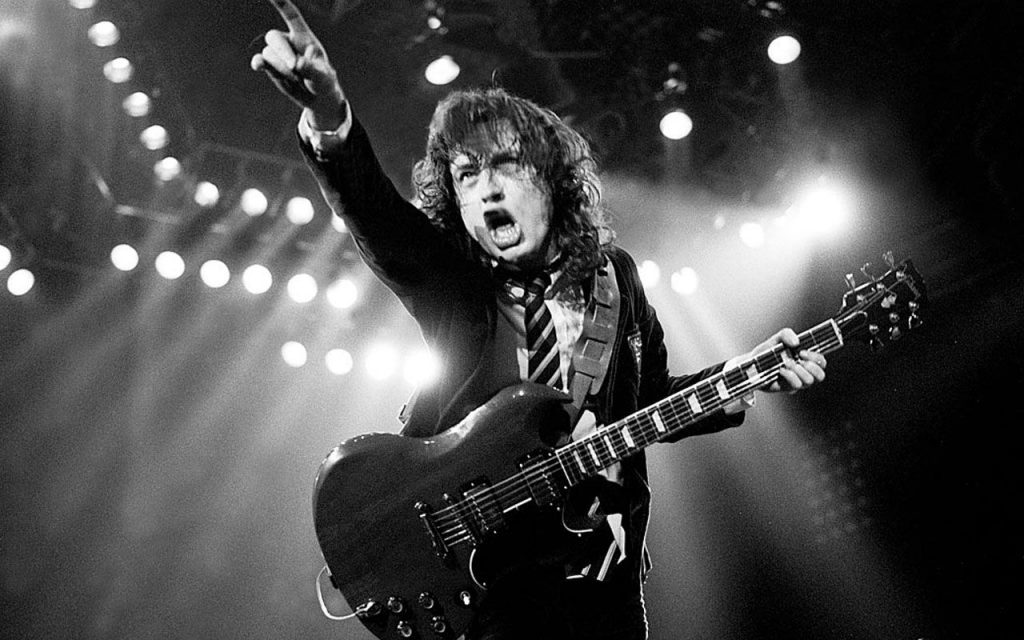