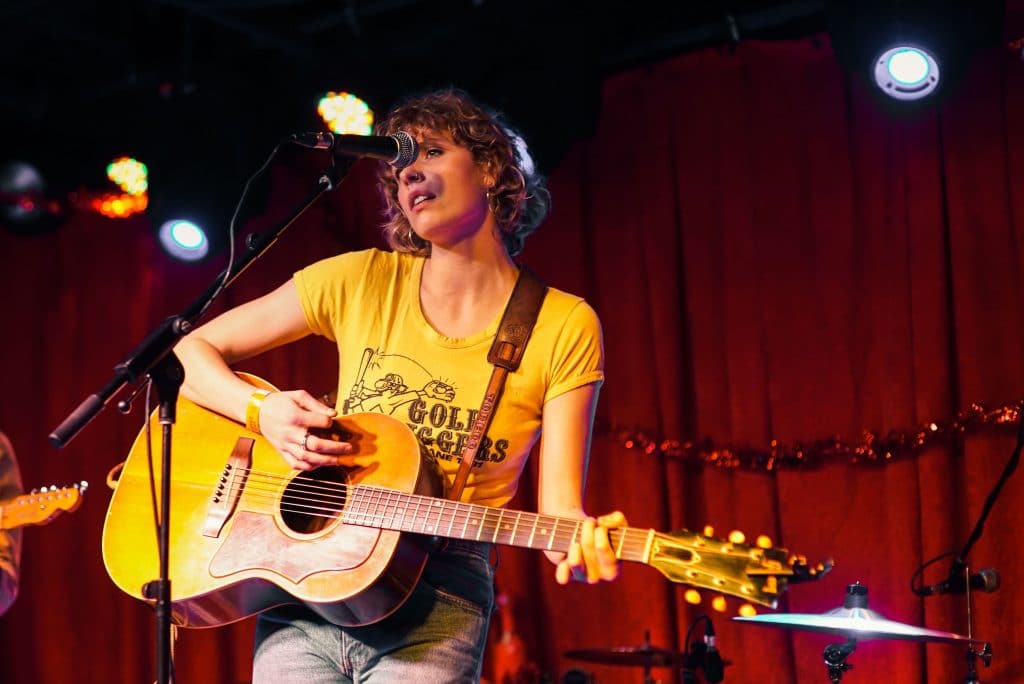 As a non-musician, you might be wondering why bands play faster live. Similarly, you may be unsure if it’s an intentional or unintentional action.

Keep reading for an in-depth explanation of why bands play faster live, as well as a full FAQ.

Heightened Chemical Levels In The Body

The thrill and pressure of a live performance heightens adrenaline, dopamine and endorphin levels in the body. This can warp a musician’s sense of time, causing them to unintentionally perform at a slightly faster tempo. Heightened chemical levels may also cause a musician to drastically overthink the tempo of a song, which almost-always results in them playing slightly too fast.

Heightened chemical levels can also exaggerate tempo and cause the band to drift in and out of time over the course of a song. This means the ‘slow’ parts will be truly slow and the ‘fast’ parts will be truly fast. This can add a great deal of interest to a live performance.

To Enhance The Live Experience

Bands are well-aware that concert-goers want a unique experience. Instead of giving a mundane rendition of their recorded material, they’ll look to instil a sense of energy and liveliness into the music to contribute to the atmosphere of the concert. The easiest way to do this is to simply speed the material up slightly.

Another trick bands use to enhance the live experience is to tune their guitars down by half a step. This makes the material appear much more heavy and energetic.

To Fit More Songs Into The Setlist

Whilst you might not realize it, concerts are ran like clockwork. This is especially-true for festivals, which feature a large number of acts and operate under a strict curfew. When performing at a festival or on a support slot, a band may only have between 30 and 45 minutes to play. Therefore, they’ll deliberately speed up their material in order to fit as many songs into the set as they possibly can.

As previously-mentioned, festivals and large events have strict slot times and a band’s remaining set time is often displayed on a teleprompter. This is why bands may play at a more laid-back tempo to start, then rush through the latter-part of their set.

The Song Was Originally Recorded At Too-Slow A Tempo

As most full-time bands are on tour for around 10 months a year, studio albums are generally written and recorded very quickly. Most bands will set aside 4-6 weeks to write and record an entire album (often writing the songs as they’re recording them).

Once the band is touring, they will have had a chance to get to grips with the new material, meaning they’ll play it at the intended speed.

To Make The Song Work In A Live Setting

Whilst certain songs might sound great in recorded format, they might not translate well live. This is usually due to either:

By speeding this sort of material up slightly, the band will fall into a ‘tighter’ groove, allowing the song to come across as much-more convincing in a live setting.

To Get It Over With

Even the most established and experienced bands have a bad show from time to time. As a result, a band may be tempted to rush through their set in order to get it over with.

Here are a few common reasons why a band may want to get a show over and done with:

What Are The Drawbacks Of Playing Faster Live?

Whilst upping the tempo in a live setting can offer significant benefits, it can also offer substantial drawbacks. Here are a few drawbacks of playing faster live:

How Do Bands Avoid Playing Too Fast?

The primary way a band avoids playing too fast is by making use of a metronome (commonly referred to as a ‘click track’). This is a device that produces an audible ‘click’ sound at a pre-determined tempo, which the band then plays along to in order to stay in time. To prevent the audience from having to listen to the click track, it’s delivered to the musicians via their in-ear monitors (earpieces).

Metronome use is essential if the band makes use of pre-recorded backing tracks. Without a metronome to keep them in time, it’s almost-guaranteed that the backing tracks will be out of time with the actual performance.

So, there you have it! A complete overview of the common reasons why bands play faster live. If you have any further questions, leave a comment down below and I’ll respond as soon as I can.