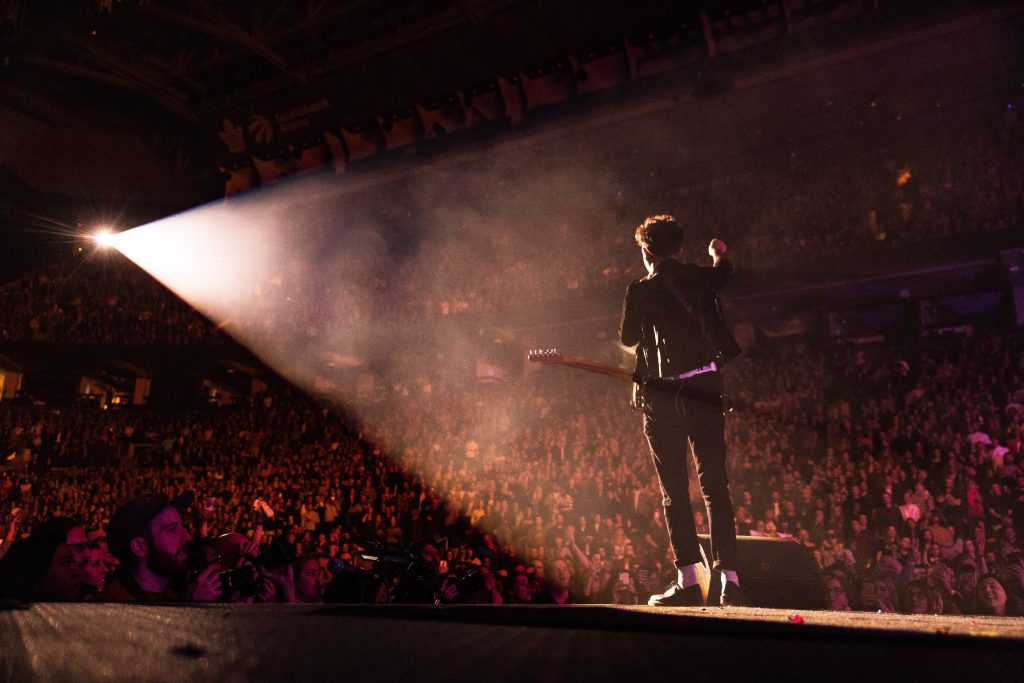 As a non-musician, you might be wondering what bands do before a show. Whilst you might not know it, there are actually a range of different activities that band members participate in prior to a performance.

So, what do bands do before playing a show? Before playing a show, bands will load their gear into the venue and perform a soundcheck. They will then participate in a meet & greet session (if required) before having a few hours of downtime. Following their downtime, they’ll eat a light meal and run through a series of warm-ups prior to taking the stage.

Keep reading for an in-depth account of an average day in the life of a touring band.

This is the first thing that will happen upon arriving at the venue. If a band can’t afford a touring crew, they’ll load the gear into the venue and set it up themselves. If the band can afford a touring crew, they’ll usually check out the venue or hang out on the tour bus whilst the roadies set the gear up for them. This generally takes between 1-2 hours and will be done 8-10 hours before showtime

Soundcheck is where the band runs through a small portion of the show to check how everything sounds. The sound engineer will adjust the volume of each instrument and tweak various frequencies to ensure the sound is clear, well-balanced and set at a suitable volume.

Once the FOH (front of house) sound has been adjusted, the sound engineer will have to set up individual mixes for each band member, which are delivered via in-ear monitors. This is because different band members will want to hear a different version of the mix (for example; having their own instrument turned up loud so they can hear what they’re doing). For a full overview of why band members use in-ear monitors, check out our dedicated article.

In today’s industry, it’s common for bands to invite fans into the soundcheck as a ticket add-on. This is usually followed by some form of Q&A session or meet & greet with the band. This is a fantastic way for bands to generate additional revenue as it requires little effort from the band members themselves and no additional overhead costs. This usually takes around 1-2 hours, and will be done around 8 hours before showtime

In addition to soundcheck access, many bands will hold a meet & greet session as a ticket add-on. This is where fans can briefly chat to the band and have a professional photo taken with them. Meet & greet usually takes place immediately after soundcheck and lasts around 1 hour.

Occasionally, the band may have to participate in press before the show (usually in the form of an interview). The band is much-more-likely to have press commitments at festivals rather than their own shows.

Around 2 hours before showtime, the band will head to their dressing room and start preparing for the show. Whilst the band members will certainly need to eat before the show, they’ll want to avoid anything too heavy. As a result, most bands will have an array of snacks in their dressing room (this is known as a rider). A standard rider will usually consist of:

Most riders will also include drinks (often water, juice and some form of alcoholic beverage).

Around 1 hour before showtime, the musicians will start warming up for the show. Warm-up is usually divided into two sections:

Many bands will have some sort of ‘ritual’ they execute in the moments leading up to a performance. These usually consist of some form of group activity that are intended to instil motivation and confidence in the band members. Here are a few popular pre-show rituals:

Some band members have slightly stranger pre-show rituals than others. Here are a few examples: