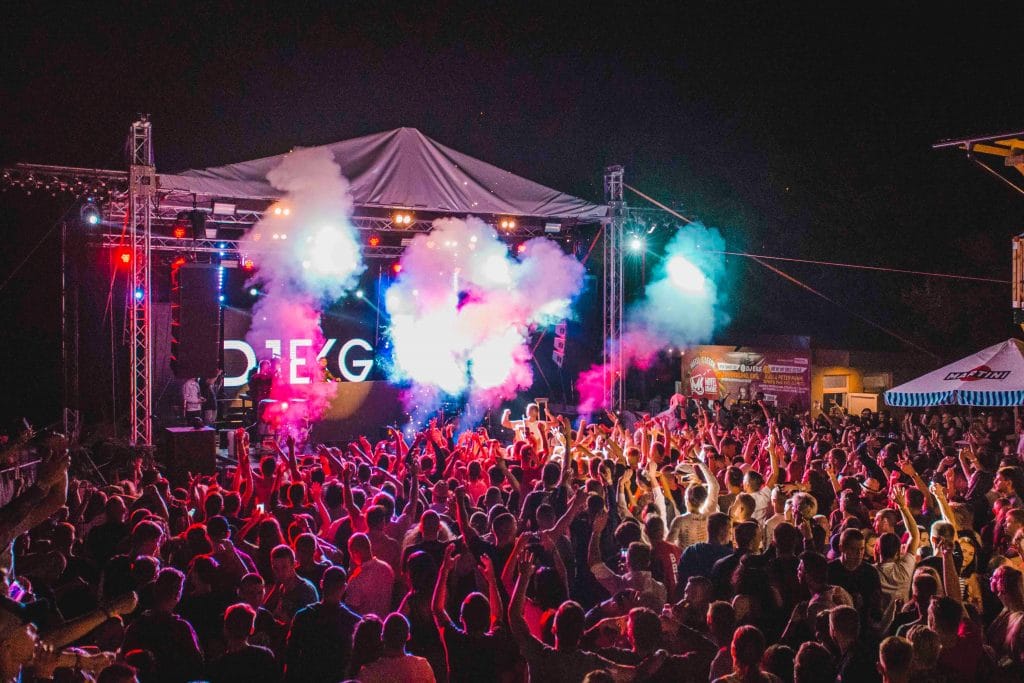 If you’ve recently attended a concert, you might be wondering why the band performed an encore. Whilst you might not realize it, there are actually a whole host of reasons why so many bands perform an encore at the end of each show.

So, why do bands do encores? Encores are usually performed out of tradition. They also provide value for money and allow the band members to have a quick break during their set. Occasionally, encores are spontaneously included due to demand from the audience.

Keep reading for an in-depth account of the benefits of encores, as well as a full FAQ.

The encore has its roots in 19th century operatic performances, where audiences would chant the word ‘encore’ (French for ‘again’) in order to hear a section of the performance again. As recording technology was not to be invented until 1877, live performance was the only way consumers could listen to music. Therefore, particularly-talented musicians would almost-always receive ‘encore’ requests throughout a performance.

Despite the eventual invention of recording technology and the mass distribution of recorded music, encores had cemented themselves as a traditional part of live music performance. Once recorded music was invented, encores became reserved for the very end of a perormance (as opposed to being requested whenever a performer played something impressive). Nowadays, the vast majority of professional bands and artists will feature at least one encore at the end of their shows purely because the audience has come to expect it.

To Provide Value For Money

Concerts have substantial overhead costs, with venue hire often running into the tens of thousands. Furthermore, the musicians themselves require travel, accommodation, catering, insurance and a salary.

Due to the huge overhead costs, ticket prices for concerts are often very expensive. However, a band or artist can only realistically perform for 90-120 minutes. This is for two reasons:

Encores can make a concert ticket look more reasonably-priced by making an audience feel they’re getting more than they paid for. It’s also common-practice for bands and artists to reserve their most well-known songs for the encore, which builds suspense and increases the value of the encore itself.

To Give The Band Members A Break

As we’ve noted, live performance is very physically-demanding. Often, an encore simply serves as an excuse for the musicians to have a quick break once they’re approximately 75% of the way through their set.

During the brief intermission between the main set and the encore, musicians will usually:

Whilst the intermission between the main set and the encore is usually only a couple of minutes, it’s just enough time for musicians to recharge in order to go out with a blast.

Another sneaky way that band members earn themselves a break is by featuring extended solos in their set. This is where one member will perform a lengthy solo, whilst the rest of the musicians go off stage. This is common practice amongst older (60+) rock musicians who no longer have the stamina to complete an entire set without interruption.

To Honor The Audience’s Request For One

Whilst most bands and artists will pre-plan their encores, they’ll only include them if they’re confident the audience will be receptive. As previously mentioned, encores are often expected in popular music performance, meaning an audience will keep applauding or chanting until the request is fulfilled.

Yes, most bands plan their encores are planned in advance. However, a band may choose to forego the planned encore if:

When Do Bands Not Do Encores?

Whilst we’ve already established that a band will forego a planned encore if the audience is not receptive or they’ve surpassed their curfew, there are two other instances where bands will not do an encore (even if requested).

Why Did Elvis Never Do Encores?

The (now famous) phrase Elvis Has Left The Building was announced over the PA system at the end of his performances in order to assure the crowd there wouldn’t be an encore.