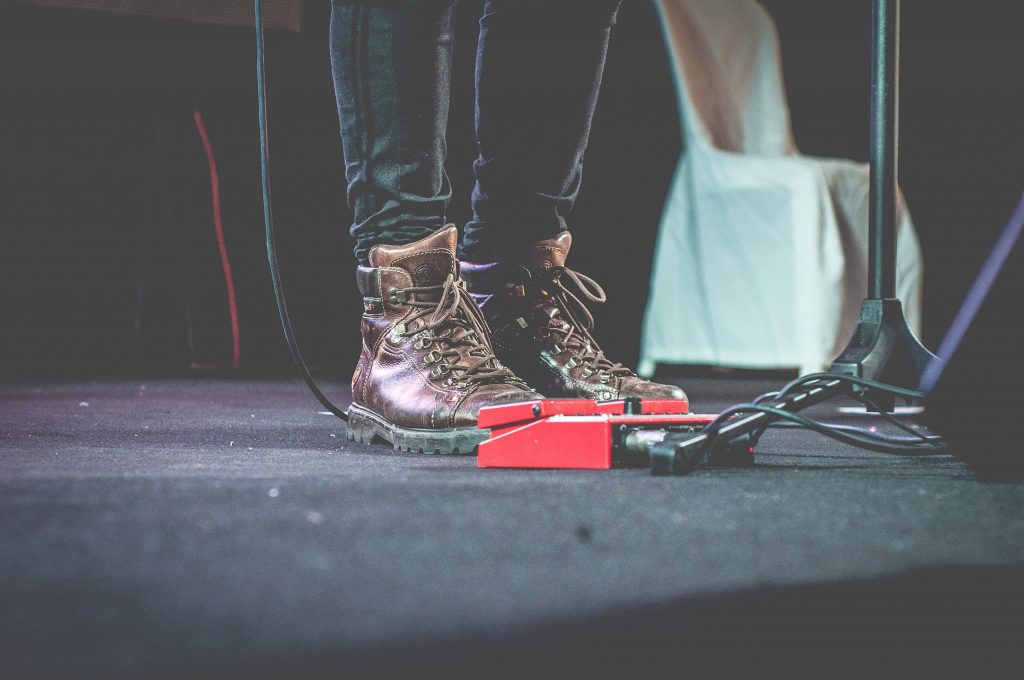 If you’ve found a prospective band to join, congratulations! However, you’ll want to make sure you ask the right questions to make sure the band is a good fit.

Having been in dozens of bands over the years, here are my top 10 questions to ask before joining a band:

Before joining a band, you’ll want to ascertain the following:

The following questions are designed to find out both of these things in a thorough manner, without coming off as too ‘scripted’.

Not only does this question ease everyone into the discussion, but it also lets you know how compatible you are with your potential bandmates. The aim of this question is to find out:

In order for a band to be successful, it needs to be treated like a part-time job. This means that the band should have a set schedule each week, with clear short and long-term goals in place. Therefore, it’s a big advantage if everyone’s schedules match up. For example, if you’re all college students with fairly similar timetables, it’s easy to find a regular rehearsal slot each week. However, if you’re a college student and your potential bandmates are family men with full-time jobs, it’s going to be difficult to sync your schedules up.

Getting to know each other’s situations will also give you an idea of how much you have in common. Whilst you won’t have to be the closest of friends with your potential bandmates, you’ll need to at least have an amicable working relationship. Similarly, having a similar set of member personalities will help you better-appeal to a target audience.

Just like with your personalities and schedules, it’s important your musical interests line up. The best way to find out how compatible you are from a musical standpoint is to simply ask who the band are influenced by.

I’d strongly suggest being open-minded to their influences, even if they aren’t exactly what you’re into. For example, if you’re from an alternative rock background and the band you’re talking to is a pop punk band, it might end up being a cool fusion. However, if you’re from a folk background and you’re speaking to a death metal band, it’s probably not going to work out.

3. ‘Are You Looking To Take The Band Full-Time Or Keep It As A Hobby?’

There’s nothing more frustrating (and counterproductive) than members of a band striving for completely different goals. If you’re joining a band with the aim of making music your full-time job, you’ll want to avoid wasting your time and putting unnecessary pressure on your bandmates. Conversely, if you’re just looking to play for a hobby, you’ll want to make sure the project won’t interfere with your existing commitments.

Whilst all of the questions on this list are important, I can’t stress how vital this one is. If you find they want different things out of the band than you do, you’ll only be wasting everyone’s time by joining.

4. ‘How Are You Planning To Develop/Grow The Band?’

Their answers should tell you:

If the band members are ambitious, but lacking in direction, that doesn’t mean you shouldn’t join. However, it does mean you’ll have to start developing a marketing plan from scratch. If you’d like a few actionable tips on marketing a band in the modern-day music industry, check out our article ‘How To Promote Your Music On Social Media | 21 Game-Changing Tips‘.

You’ll want to ensure you have a clear idea of what your commitments (both musical and non-musical) will be upon joining the band. The aim of this question is to find out:

It’s worth reinforcing that it’s important you find out what you non-musical commitments will be. For example, the band may want someone who can drive them to shows or market the project on social media. You certainly won’t want these things being sprung on you after you’ve already joined the band. You’ll also want to bring up any relevant skills you feel could benefit the band; for example, if you work in digital marketing, you might consider taking charge of the band’s social media.

When asking this question, you’ll also want to try and find out how the members have delegated tasks between themselves. If the band has distributed the workload in a way that allows everyone to play to their strengths, you’ll be joining a highly-productive and success-orientated project. If the band has no clear role delegation in place, this is something you’ll need to consider.

Whilst you might have already been given a brief overview of the band’s rehearsal/gigging schedule with the previous question, you’ll want to discover some of the finer details. The aim of this question is to find out:

I’d recommend starting with the rehearsal schedule first. By getting an overview of when and where they rehearse, you’ll know how much it’s going to cost you and how you might have to rearrange your schedule. If there’s simply no way you can make their rehearsal schedule (i.e. if it would require you to take significant time off of work), make sure you ask them if there’s any other way you can try and adapt.

It’s also important to find out how the rehearsals are structured. This will give you an idea of how much preparation you’ll have to do in advance and how organized the band is.

7. ‘How Do You Write Songs/Choose Material?’

One of the main reasons many musicians join a band is to express themselves creatively. If creative expression is a top priority for you, you’ll want to find out how much input you’ll have into both the writing process and the setlist.

Some bands will have a chief songwriter who arranges material in full, before giving it to the band to learn. Others will approach the writing process in a more laid-back and communal fashion. Whichever way the band-in-question approaches the writing/song selection process, you’ll want to make sure it allows you to express yourself creatively. Otherwise, you’re almost-certainly going to feel restricted and frustrated with the project further down the line.

As a follow-up, you might also ask how decisions are made within the band. If you’re not comfortable with making important decisions yourself, you’d ideally want a pinpoint person who’s willing to take charge. If you’d like to have a say in the direction of the band, you’ll want to ensure everyone’s input is taken into consideration.

8. ‘How Long Has The Current Lineup Been Together?’

Whilst this might seem like an insignificant question, it can provide a huge amount of insight into the nature of the project and the chemistry of the band members.

The longer the members have played together, the more musical and interpersonal chemistry there’s likely to be between them. If this is the case, it’s likely they’ll expect the same from you. Conversely, if the lineup is somewhat of a ‘revolving door’, you’ll have to question why the band can’t seem to keep a steady lineup together.

If you’re replacing a previous band member, I’d highly recommend asking this question (albeit in a conversational way). By asking this, you’ll get a good idea of what the band values and expects.

Upon hearing the reason, you’ll have to directly apply it to your own circumstances and see if you’d be an effective replacement. For example, if the previous member left due to work commitments, you might be a suitable replacement if you’re currently working a part-time job. However, if you’re working 70+ hours a week, you’ll only end up wasting everyone’s time.

Any serious project will require some level of financial investment. Here are few common expenses a band will have:

It’s important to get a clear idea of how the finances work and how much you might have to invest. Similarly, it’s worth asking if the band has a written agreement in place. Whilst you won’t need to go into details during the initial meeting, it’s worth having an idea of what you’re getting yourself into and how the budget is generally spent.

Tips For Speaking To Potential Bandmates

Whether you’re chatting online or meeting up to discuss the project, here are a few tips to ensure everything goes smoothly: