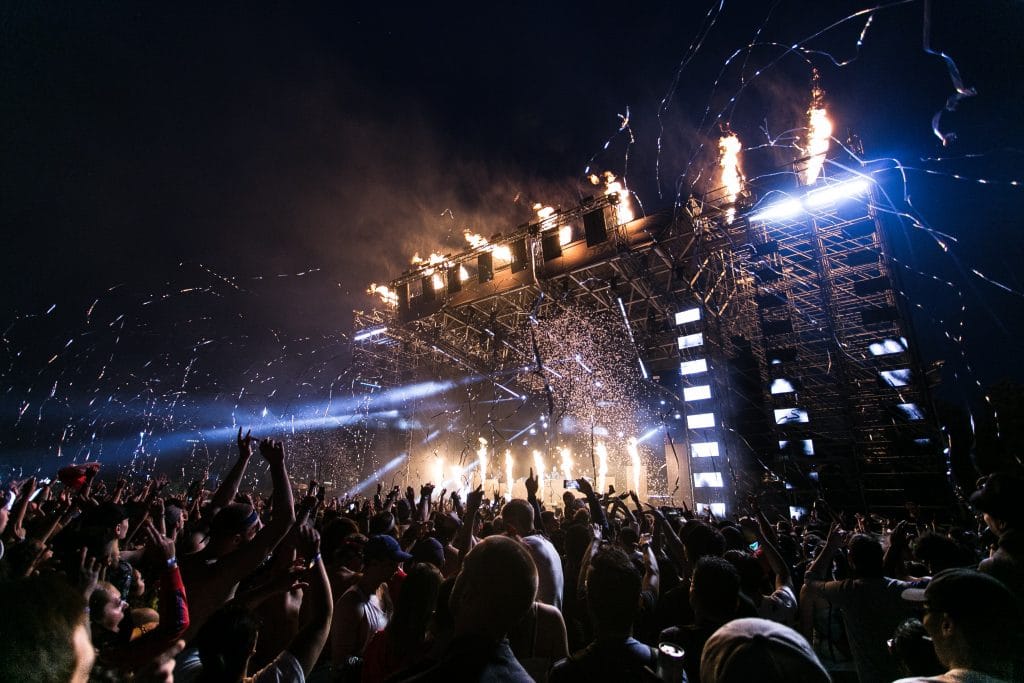 If you’ve recently attended a concert, you might be wondering what the purpose of the opening acts were. Whilst you might not realize it, there are actually a whole host of reasons why concerts have opening acts.

So, why do concerts have opening acts? Opening acts are used to provide value for money, cross-promote different artists and ‘warm up’ the audience for the featured artist.

Keep reading for a complete guide on the purpose of opening acts, as well as a full FAQ.

To Provide Value For Money

The reason ticket prices are often so expensive is because concerts have massive overheads. Venue hire rates are sky-high, whilst the musicians themselves will have to be provided with catering, travel, accommodation and a salary.

Despite the substantial costs involved, a featured artist will only be able to perform for between 90 and 120 minutes. This is for two main reasons:

Adding additional acts to the bill is an effective way of making the event look more reasonably-priced.

They’re basically a giant ad for a record label, promoter or management company.

One of the quickest, cheapest and most-effective ways for an up-and-coming act to build their following is to play in front of large crowds of people on a regular basis. Therefore, when a business invests money into a concert for an established artist they manage, they’ll use the opportunity to cross-promote smaller acts on their roster with the intention of growing their audience.

On occasion, the featured artist will be able to choose the opening acts themselves. If this is the case, they’ll usually choose an act who they’re fans of (or, more-cynically, friends with) and feel deserve more exposure.

To ‘Warm Up’ The Audience

The reason opening acts are so effective at building hype is because they’re trying to win the audience over. As it’s unlikely the audience will know any of their material, opening acts emphasize audience participation, strong songs and energetic performances. By the end of their set, the audience will have eased into the concert atmosphere (and likely had time for a couple of drinks) before the featured artist.

Do All Concerts Have Opening Acts?

Do Opening Acts Get Paid?

When supporting an established artist, the opening act will almost-certainly be paid a fee. The fee can range from several hundred to several thousand dollars, depending on the size of the artist they’re supporting.

However, there’s also a controversial practice in the industry called pay-to-play. This is where a smaller act pays a more-established one to be their opening act. Whilst this can be an effective way of building a following, it’s very controversial and is generally avoided by established acts.

How Are Opening Acts Chosen?

There are several criteria for choosing an opening act:

How Long Do Opening Acts Last?

On average, each opening act will play for between 30 and 45 minutes.